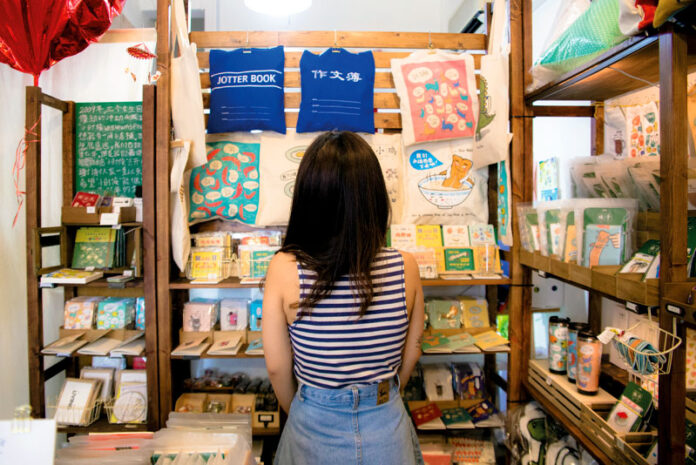 Heritage-inspired design has popped up in local lifestyle stores in various forms, from gem biscuit cushions to kueh tutu badges. What has spurred this trend, and how far does it go in preserving Singapore’s culture?

We’ve all seen them: ang ku kueh cushions, kopi dabao tote bags and doorstops shaped like the iconic dragon playground in Toa Payoh. Singaporean pride is showing up in local independent lifestyle stores as functional items like these, with designs that play up the country’s history, culture and quirks.

One such store is LOVE SG, whose creations include the Swimming Merlion Ice Cube Tray, which makes little Merlion-shaped ice cubes that “swim” in drinks, as well as the quirky Singaporean Punny Pouches, which have puns on local food, such as “Lor Mee-O & Juliet”, inscribed on them. 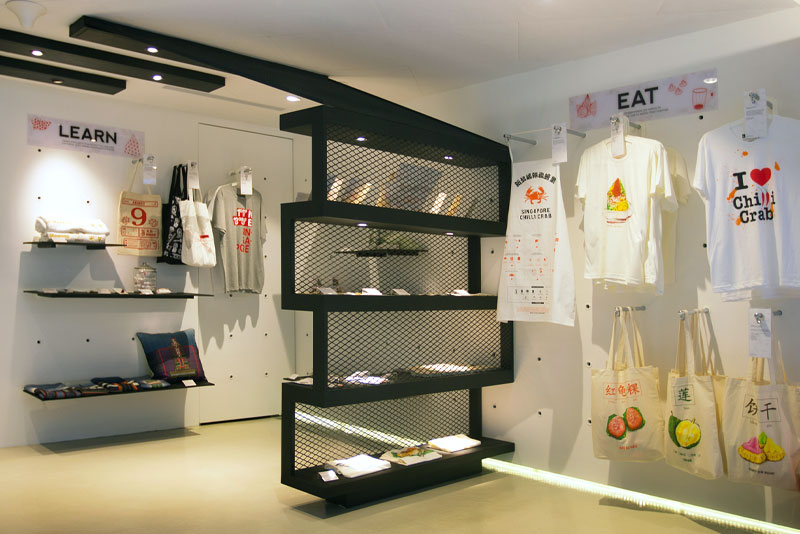 LOVE SG was founded by Kevin Choe, who wanted to introduce interesting local souvenirs to shoppers here and from abroad. Heritage-inspired items have generated quite a buzz among Singaporeans for their kitschy, playful and tongue-in-cheek takes on local cultural icons. Some even argue that they help preserve the nation’s history and culture.

“These designs often have greater depth and stories behind them, which I believe is something Singaporeans appreciate,” said Mr Choe. 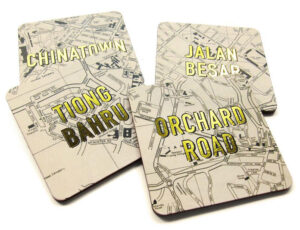 He pointed to LOVE SG’s Districts Coaster Set, which has historical maps of districts like Chinatown and Jalan Besar printed on them. “(Buyers find) it interesting to see that a Chinese cemetery once sat where the housing estates now are in Tiong Bahru – something they may not have found out otherwise!” he added.

Global renaissance of the local

At first glance, the surge of interest in heritage-inspired design appears to be influenced by nationalism, particularly since much of it seemed to have begun in the run-up to the country’s 50th year of independence back in 2015. SG50 kindled a nationalistic fervour in many Singaporeans for all things quintessentially local; homegrown brands from Ayam to SK Jewellery proudly stamped the SG50 logo on sardine tins and gold bars, while the company Meykrs launched its now-famous ang ku kueh cushions as part of its range of pillows shaped in the form of local delicacies.

In reality, however, this trend is “part of a much broader global cultural turn towards ‘the local’”, said Professor Josh Kurz, an NUS sociologist who specialises in popular culture.

One effect of cultural globalisation – or the spread of ideas, symbols and meanings – is a renewed attention to local cultures, he explained. Though it may be unfair to pin cultural change on globalisation alone, it is clear that it has helped hasten the pace of change. Cultural change used to occur across generations, but it is now happening within single lifetimes.

But this “global renaissance of the local” takes on many forms. It ranges from the benign, like a deeper interest in local idiosyncrasies, which in Singapore has given rise to chope keychains and Singlish dictionaries, to the hostile, such as xenophobia, populist immigration policies or, in extreme cases, ethnic cleansing in some parts of the world.

Singapore is unique in that it has to grapple with its own fragile cultural identity, argued Prof Kurz. “The Singapore Story stresses its Malay roots, Chinese majority and significant contributions of Indians and Europeans, and thus a multicultural identity is forged,” he said.

“But this kind of identity-in-difference is tenuous and fragile, which is why the common experiences and institutions of Singapore are stressed so often: Housing and Development Board (HDB) flats and the kampong spirit, bilingualism, the hawker centre, National Day Parade celebrations and so on.”

As the nation continues what looks like a relentless march towards progress and modernity, the threat of losing sight of its already fragile identity becomes progressively larger. Possibly, for that reason, many of these heritage-inspired products tend to focus on a past not quite yet bygone, evoking a sense of nostalgia in consumers. 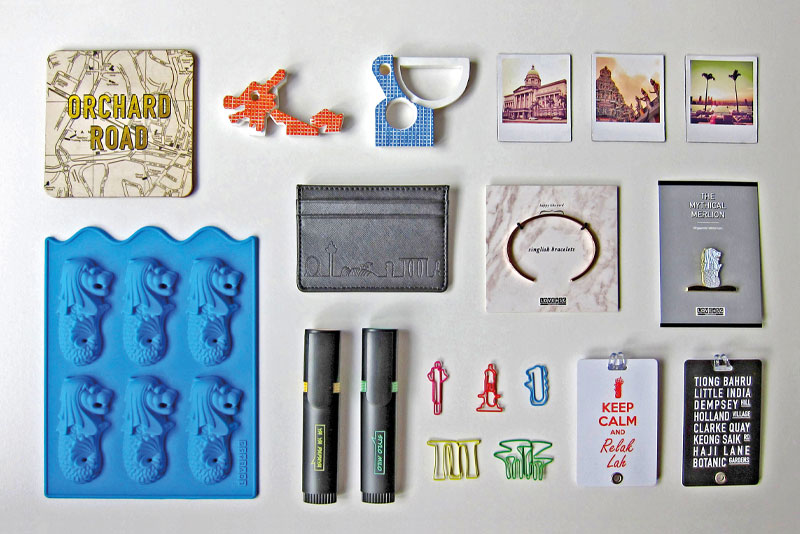 The fact that this phenomenon is mere commercialisation of Singapore’s heritage isn’t completely lost on buyers.

Andrew Ong, a 23-year-old undergraduate, has received gifts like a notebook with the word “Singlish” emblazoned on it and drink coasters shaped like Singapore’s one-dollar coins. “These products may be conversation starters and they are certainly funny, but I’m not sure how they really do anything to preserve our culture,” he said.

Yet, the conversations and some laughter that these products generate may be precisely the point. Those who sit on the other side of the love-it-or-hate-it fence believe that their value lies in their ability to spark interest in what is uniquely Singaporean.

Mr Choe of LOVE SG agrees. The designs of his brand’s Playground Magnet Series were inspired by old playgrounds with structures shaped like the dragon, pelican and elephant. “These were very much forgotten until they were brought back into public focus by us and several other brands when we made all kinds of products based on them,” he said.

And in an unexpected way, they have also helped preserve these cultural icons, added Mr Choe. “I think HDB would give a second thought before demolishing them now,” he said.

Where do these brands and designers see this trend of heritage inspired design going then? Not away, for sure. Even if some don’t agree that it helps preserve our heritage in any way, there is certainly enough interest and demand for these items. And as this year’s National Day approaches, these products will certainly enjoy their time in the spotlight once more.

Yoga is more than just the gravity-defying poses you see on social media. When practised correctly, it offers a full mind and body workout....
Read more
Travel

Feel like getting away from it all? Nowhere says remote like the Land of the Eternal Blue Sky, says NUSS member Alex Choy. Since time...
Read more
- Advertisment -