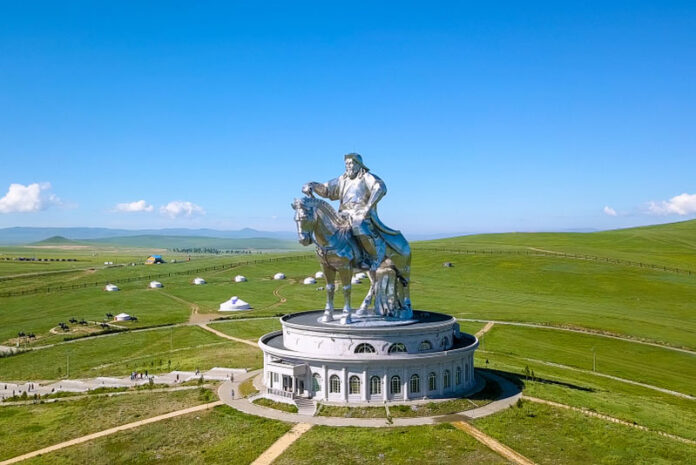 Feel like getting away from it all? Nowhere says remote like the Land of the Eternal Blue Sky, says NUSS member Alex Choy.

Since time immemorial, nomads have traversed the Mongolian landscape’s vast, grassy steppes, past mountains in the north and the west and the Gobi Desert in the south. What has ensured their survival across the harsh, seemingly endless landscape is the generosity of strangers and fellow travellers. Now, as the country embraces tourism and opens up to the world, you too can soak in the magnificent landscape of the Land of the Eternal Blue Sky.

It defies the norm that a country of 1.6 million square kilometres – over 2,000 times larger than Singapore – is home to only three million people. Much of Mongolia’s population – about 40 per cent – live in the capital, Ulaanbaatar, a bona fide city with all the trappings of modern life, from Wi-Fi to iPhones and traffic jams.

For most visitors, the capital is the jump-off point for their journeys across Mongolia. In Ulaanbaatar, Soviet-influenced architecture is juxtaposed with gleaming glass-clad buildings, while chic cafés serve global cuisines. Strangely though, you won’t find many restaurants dishing up Mongolian food; the locals believe that they can cook it better and cheaper at home. 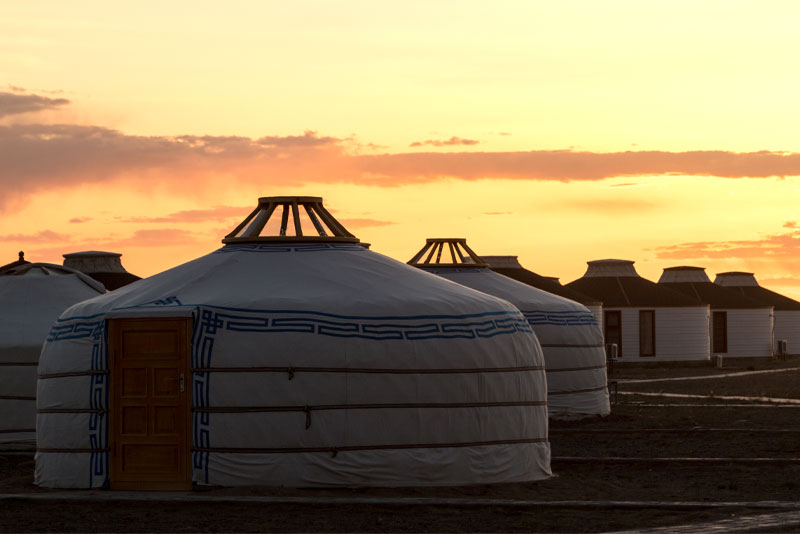 Gers and the Mongolian life

In a sparse environment like Mongolia’s, much of your travel is spent on the journey itself. But it is a journey that is well worth it, because beyond the city is where you will experience the whole gamut of Mongolian life.

Be sure not to miss the one-of-a-kind experience of living in a traditional ger. These round, portable Mongolian yurts may look modest from the outside, but inside, the amenities can range from air-conditioning and ensuite toilet to satellite television. 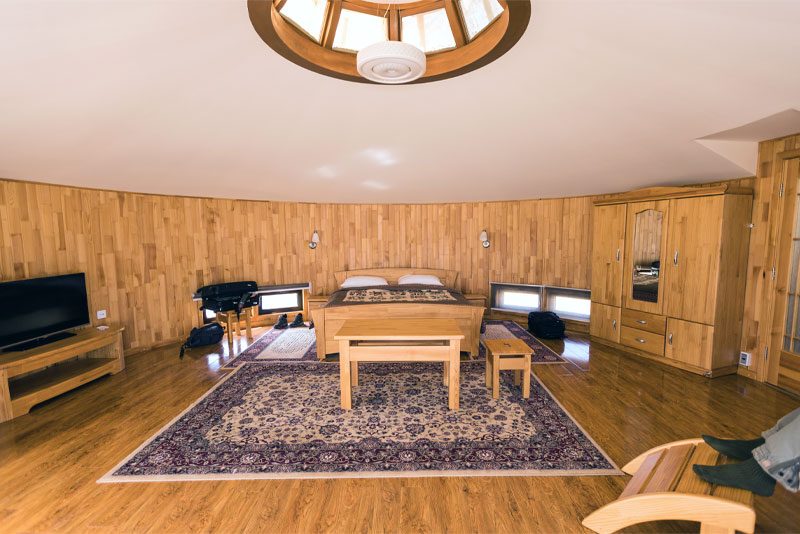 You will always be welcome inside a ger. The Mongolians never knock though. When you’re approaching a ger for the first time, however, do shout “nokhoi khor!”, which literally means “hold the dog!”– an announcement that signals the ger owner to make sure that their dogs are under control.

The “three manly sports” of wrestling, horse-racing and archery – essential skills for any Mongol warrior – await you too. Watch Mongolians partake in and celebrate these ancient games at nadaam (traditional festivals) at various times throughout the year. 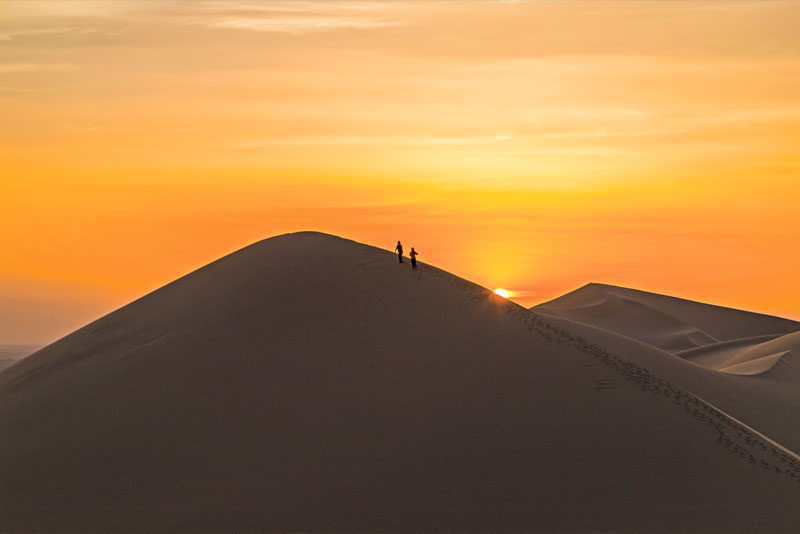 When one mentions the Gobi Desert, the Khongor Sand Dunes spring to mind. Mercilessly sculpted by the Central Asian winds for thousands of years, these ever-shifting sands form a soft blanket over the landscape. They look massive from a distance and foreboding up close. Should you decide to surmount the dunes on your hands and knees, you may lament your nonexistent fitness regime. But your prize at the end of that? The glorious sight of the magnificent sun setting over the dunes, which has captivated nomads since the days of Genghis Khan.

At 1,600 metres, the Terelj sum (district) contains the Gorkhi-Terelj National Park. Home to takhi, the last wild horses in the world, it is also the habitat for goats, yak, vultures and eagles. If you take a short hike through the valley, you may chance upon fauna that don’t seem to mind humans at all. If you are lucky, you may even see ground squirrels frolicking by the water. 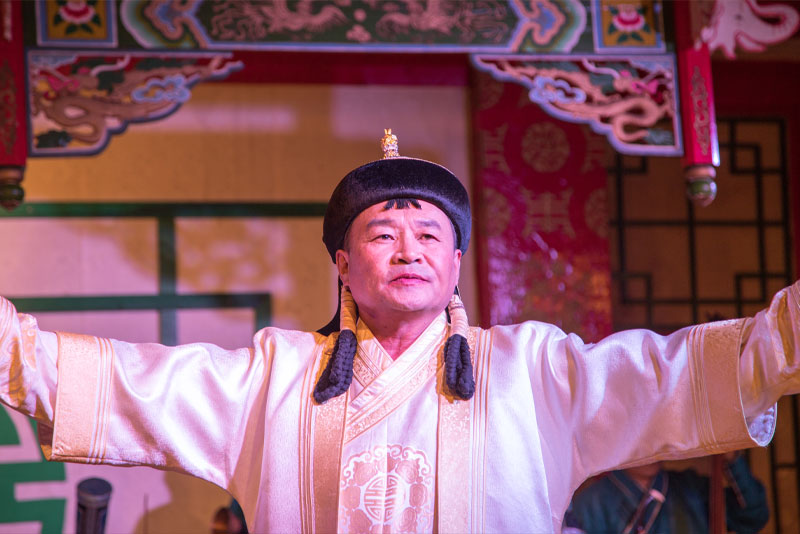 Food is what most Singaporeans look forward to on their travels, and Mongolia has a lot to offer. Mongolian cuisine is often prepared with limited use of ingredients, simple yet flavourful. Be sure to try some khorkhog (lamb stew), buuz (dumplings) or airag (fermented mare’s milk) when you are there.

As far as music goes, there is none as idiosyncratic as khoomei (throat harmony), Mongolian throat-singing. It is traditionally performed by only men and paired with instruments like the morin khuur (horsehead fiddle) and the yatgo (zither). The music hypnotises with sounds reflective of nature, telling stories about life under the eternal blue sky.

When to go: It can go up to 37°C in summer and down to -32°C in winter. The best times to visit are May to June (spring) and August to September (autumn), when temperatures hit a maximum of between 17°C and 23°C. Avoid the rainy season between June and August.

While our wanderlust must sadly be kept on hold for now, we can still capture some of the joys of sightseeing online. We’ve selected...
Read more
Travel

International travel may not open up soon so if you’re itching for some new adventures, why not turn your sights to your own backyard?...
Read more
Health

According to research, 10 to 20 per cent of new cases of dementia reported every year in Singapore could have been prevented and the...
Read more
- Advertisment -