The Awakening of the Younger Generation 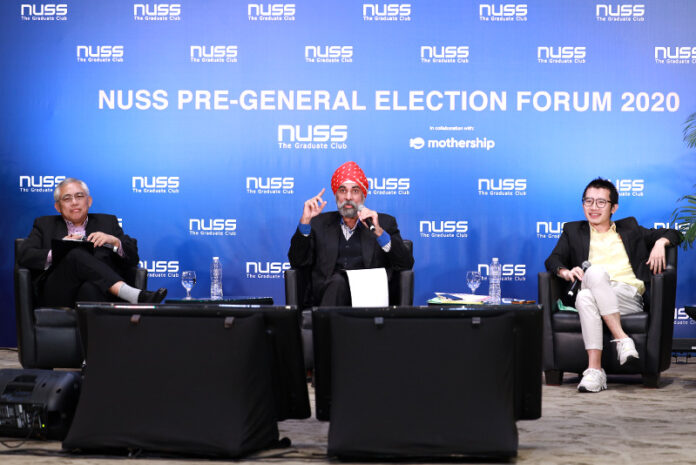 Political education in schools, quality of life, and COVID-19 were among the hot topics discussed at the NUSS Pre-General Election Forum 2020.

The long-standing NUSS tradition of hosting a pre-General Election (GE) Forum went off without a hitch despite the current social distancing protocols. This year’s forum was held on the evening of Friday, 3 July — one week prior to the GE — at the Kent Ridge Guild House and webcast live via the Society’s YouTube channel and streamed on Mothership.sg. It peaked at over 1,630 viewers during the live stream and remained available on the NUSS channel after the event. With over 150,000 views at the time of writing, the forum proved to be a hit with members and the public eager to hear GE debates. One viewer described it as “one of the more intelligent, mature GE debates based on issues and meaningful, respectful dialogue”.

While all 13 registered political parties were officially invited for the forum, not all were able to participate due to various reasons. The evening dialogue was attended by representatives from six political parties and was moderated by NUSS member and former Nominated Member of Parliament (NMP) Mr Viswa Sadasivan. Mr Sadasivan, is also the host of the socio-political programme, Inconvenient Questions (IQ). NUSS members who registered prior to the webcast also had a chance to have their questions answered during the forum.

In the panel was newest opposition party Red Dot United (RDU),founded only in May this year. In her maiden opening statement, Ms Michelle Lee, Chairman of RDU, reiterated their party’s goal of making politics more accessible and less traditional to “bring about a safer environment for people to examine policies and look at where Singapore is going.”

The topic of making politics more accessible to people ruled the evening’s discussions. Prof Paul Tambyah, Chairman of the Singapore Democratic Party (SDP) highlighted the need to have political education in schools.

Mr Harminder Pal Singh, Chief Media Officer of the Singapore Democratic Alliance (SDA) picked up from this point urging people to take a look at the country’s education system and the need for the next generation to be “a creative thinking population and be a more independent thinking population, especially in the post-COVID-19 world that we are moving into.” 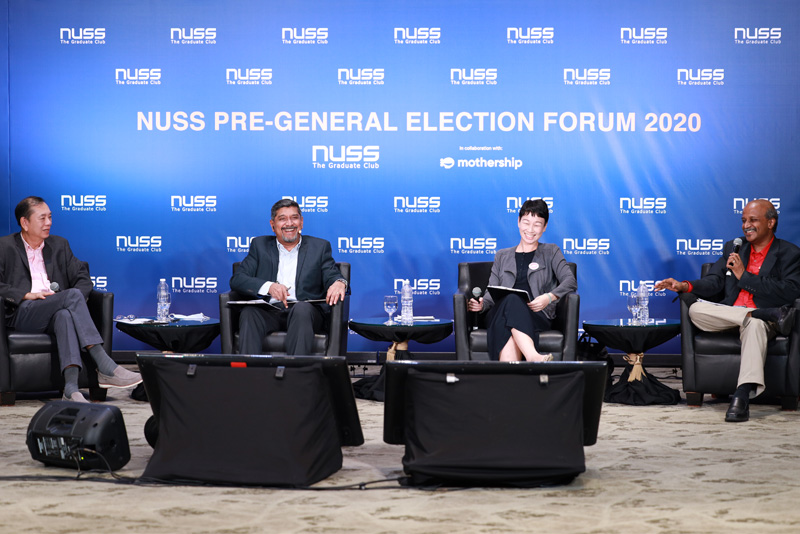 Mr Singh moved on to comment that the country’s strongest resource is its people and that entrepreneurship should be encouraged to allow local talent to flourish internationally.

The panel then went on to discuss lessons learned from the COVID-19 pandemic. Mr Goh Meng Seng, Secretary General for the People’s Power Party (PPP) kicked off the pandemic topical discussion by highlighting the need to consider other countries’ control measures to plan COVID-19 strategies for Singapore.

Ms Lee acknowledged the government’s efforts in tapping on reserves to help the people during this uncertain time, while Mr Charles Yeo from the Reform Party (RP) rallied to have a wider range of sources for consultation before making decisions for the country and the need to “[engage] in genuine democratic consultative processes.”

Member Mr James Tan had posed a question about income inequality and the progressive wage model. Progress Singapore Party (PPP) representative Mr Francis Yuen Kin Pheng expressed that the Gini coefficient can be misleading as it’s not an absolute way of measurement hence, it is an important factor to consider when discussing income inequality in Singapore.

The discussion took on a lighter note after another member, Mr Wilson Lu sent in a question which brought some smiles and laughs from the panellists. Read out by Mr Sadasivan, Mr Lu proposed the opposition parties to merge as they seem to have similar goals. Through banter, Prof Tambyah responded that all parties have their differences and Mr Singh took this opportunity to encourage people to have more dialogues for ideas even after the elections.

You may watch the full dialogue here.

How are you feeling today? This was the question posed by guest speaker, Ms Anthea Ong, inviting viewers to look inwards before she began her...
Read more
Scene & Heard

The Huge Disruption After COVID-19 and 5G Technology

Over a 100 members and guests tuned in on 9 June, to attend NUSS’ webinar titled, “The Huge Disruption Due to COVID-19 and 5G...
Read more
Scene & Heard

Improving Employee Engagement and Productivity While Working From Home

As Singapore enters Phase 2, one wonders how effective the Work from Home (WFH) arrangements of the companies have been or will be. A...
Read more
- Advertisment -